What is a Men’s Shed?

We are often asked what a Men’s Shed (hereafter simply referred to as a “shed”) is, and the answer can be long!  But to put it in a rather large nutshell, a shed brings men together in one community space to share their skills, have a laugh, and work on practical tasks individually (personal projects) or as a group (for the shed or community).

The sort of projects a shed tackles is entirely up to the shed concerned, however most sheds around New Zealand take on some community projects, examples of which include building playgrounds for pre-school centres, repairing toy library stock, repairing old bikes for distribution to poorer communities, building planter boxes for the main street of the local central business district, and the list goes on. 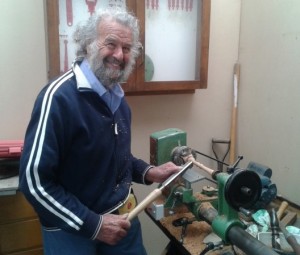 The shed is a great place for blokes to learn new skills.  We see builders teaching engineers some of their skills and vice versa, we see accountants being shown a plethora of skills they never had the opportunity to learn in their working life.  Some sheds have women members or have sessions catering for women who wish to acquire new skills and get involved in personal or community projects.

Many couples find that after retirement, the shock of suddenly being with each other every waking (and sleeping) hour can cause friction, so the shed is a great place to escape the stresses of “underfoot syndrome”, and the result is that women are among the most ardent supporters of Sheds.

Men are known to have smaller circles of friends than women, so the Shed offers opportunities to foster new friendships outside the social circles their partners establish.  One Sheddie once stated, after 10 months of development of his local Shed with a membership of more than fifty; “Ten months ago none of us knew each other, but now it feels like we all went to kindergarten together!”

On a more serious note, men’s sheds are an ideal place for health professionals to gain access to men who may otherwise not take as much care of themselves as they could, and many Sheds invite them to give informational talks and basic health checks at the Shed in the men’s own environment where they feel the informality makes for a more relaxed atmosphere.

MENZSHED New Zealand is the body which represents and supports sheds nationwide.  We aim to: